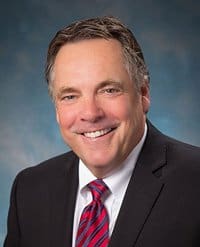 Patrick Michael Donahue is a partner of the Firm. He attended the Columbus School of Law, Catholic University of America, and following a two year judicial clerkship for the Honorable Robert M. Scott, Associate Judge of the Superior Court for the District of Columbia, Mr. Donahue entered private practice in 1983 and began his trial practice. He currently has a wide-ranging criminal and civil trial practice, representing individuals and businesses. For nearly 30 years he has tried cases before juries in federal and state courts in the State of Maryland and in the District of Columbia, as well as in other jurisdictions around the country. He focuses his practice in the areas of complex criminal and civil litigation and serious injury and wrongful death litigation, representing both plaintiffs and defendants. Since 1992 he has been recognized by his peers as an AV rated attorney. 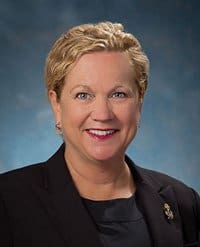 Stephanie Donahue is a partner at The Donahue Law Firm. She entered private practice in 1995 and began a family law practice. She currently has a trial practice focused exclusively on family law, including divorce, child custody and support, alimony, asset protection and property division, complex equitable distribution and divorce mediation. For 20 years she has tried cases throughout the State of Maryland. With an understanding of the emotional, financial, and personal challenges that accompany the separation and divorce process, she provides a comprehensive range of family law assistance, from advising and counseling, to negotiating, mediating, and litigating when necessary. 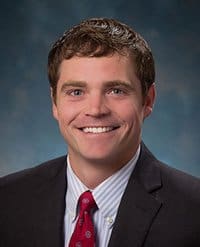 P. Joseph Donahue is a Litigation Associate at The Donahue Law Firm. While based in Anne Arundel County, his practice takes him across Maryland, as well as to the District of Columbia, where he pursues actions in both Federal and State courts. His focus is in general civil litigation, with an emphasis on contract disputes, personal injury, and civil rights.

In recent years, he has spent significant effort undertaking civil rights cases, representing underprivileged clients against government agencies or municipalities. In 2018, Joseph and co-counsel settled a prisoners’ rights case against the State of Maryland for nearly $300,000 after a week-long jury trial.

His personal injury practice is focused on car, motorcycle, and bicycle accidents. As an Associate at The Donahue Law Firm, he has also worked on cases related to medical malpractice, toxic mold poisoning, and construction site accidents.

Joseph is a 2004 graduate of the United States Naval Academy. As a Surface Warfare Officer, he made three deployments to the Arabian Gulf, the Western Pacific, and the Horn of Africa. After serving in the Navy for seven years, Mr. Donahue graduated from the University of Baltimore School of Law in 2013. Upon graduation, he served as judicial clerk to the Honorable Nancy Davis-Loomis in the Circuit Court for Anne Arundel County. He is also a graduate of the National Criminal Defense College in Macon, Georgia. He has practiced with the firm full-time since August 2014. 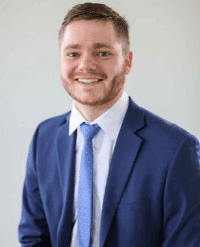 Thomas P. Donahue has been working with The Donahue Law Firm for over five years. Since December 2018, he has worked as an Associate Attorney in the areas of Personal Injury, Estates & Trusts, and Family/Domestic Law matters. After graduating from Princeton University in 2013, Mr. Donahue worked as a research assistant at a small Maryland-based Non-Profit Organization before attending the University of Baltimore School of Law, where he graduated magna cum laude in 2018. Mr. Donahue, and all of the attorneys at The Donahue Law Firm, are committed to offering clients a personal and hands-on experience as we assist them in navigating through their legal issues.

In his free time, Tommy enjoys spending time with his friends, family, and dog.

Please visit DonahueTrusts.com for more information regarding the Estates & Trusts practice at The Donahue Law Firm. 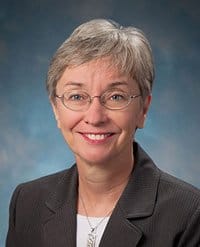 Maureen Costigan is Of Counsel for the firm. She focuses her practice in the area of estate planning and estate administration. She is also involved in transactional work assisting individuals in forming business organizations and negotiating, preparing, or reviewing agreements. She also represents individuals and businesses in civil litigation. Ms. Costigan first practiced in New Jersey, her home state, with the firm of Malsbury & Armenante. She moved to Washington D.C. in 1985 and worked for Robert M. Adler, Esquire until 1989. Thereafter, Ms. Costigan performed contract work for a number of attorneys including Kenneth J. Annis, Esquire, and The Donahue Law Firm.

We are open to assist you! During this trying time we want you to stay home and stay safe but call us at 410-280-2023 if you need legal assistance. We are standing by to give you a free consultation over the phone or video chat. We look forward to hearing from you.